The Stock Market Is Broken! Here's What You Should Do To Prepare. 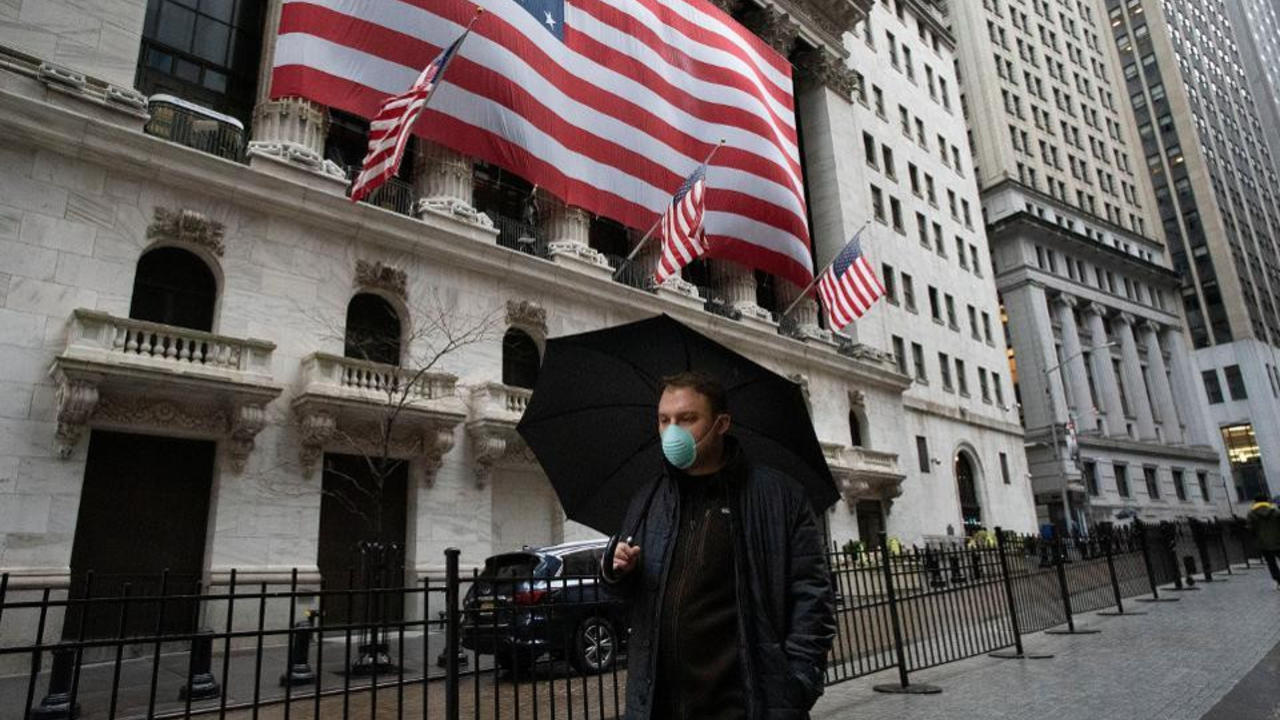 In my last post, I wanted to ensure people understood the Monetary and Fiscal policy tools that can be used to help us out of the Covid-19 recession (or probable depression).

Today, I want to turn my educational post to the definition of what it means to be in either a recession or a depression:

Recession: a period of temporary economic decline during which trade and industrial activity are reduced, generally identified by a fall in GDP in two successive quarters.

Depression: an extended recession that has years, not quarters, of economic contraction.

For context, there have been 33 recessions since 1854. But the more relevant period to look at are the 11 recessions since 1945, the end of the Second World War. The average contraction period for those 11 recessions was 11 months from peak to trough. And it took, on average, just under 5 years for the expansion phase to play out post-recession.

For additional context, there has only ever been one depression, The Great Depression of 1929. People keep comparing today’s situation as something that can mirror or become worse than the Great Depression but let’s firstly understand the facts of that period. 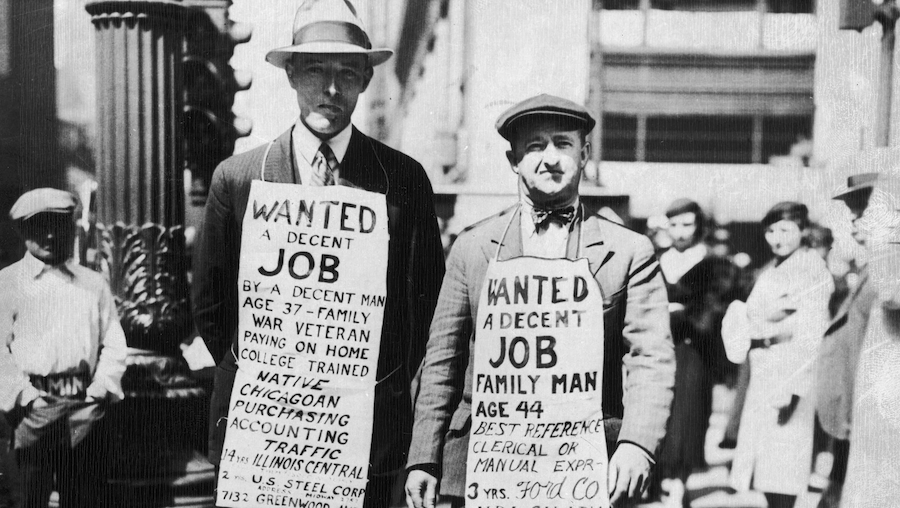 During the Great Depression, US unemployment rose to 23% and in some countries rose to 33%.

Irving Fisher opined that the Great Depression was a vicious circle of deflation and growing over-indebtedness. He concluded that the boom-to-bust cycle was caused by a chain of events: debt liquidation and distressed selling, contraction of money supply as bank loans are paid off, a corresponding fall in asset prices, a still greater fall in the net worth of businesses which precipitated bankruptcies, a further fall in profits, a reduction in trade and in employment, pessimism and a loss of confidence, hoarding of money, and a fall in nominal interest rates and a rise in deflation-adjusted interest rates.

During the peak of this mess and the run on the banks (debtors defaulted on their loans and depositors attempted to withdraw their cash en masse), 744 US Banks failed. 9,000 Banks had eventually failed by the end of the 1930’s. 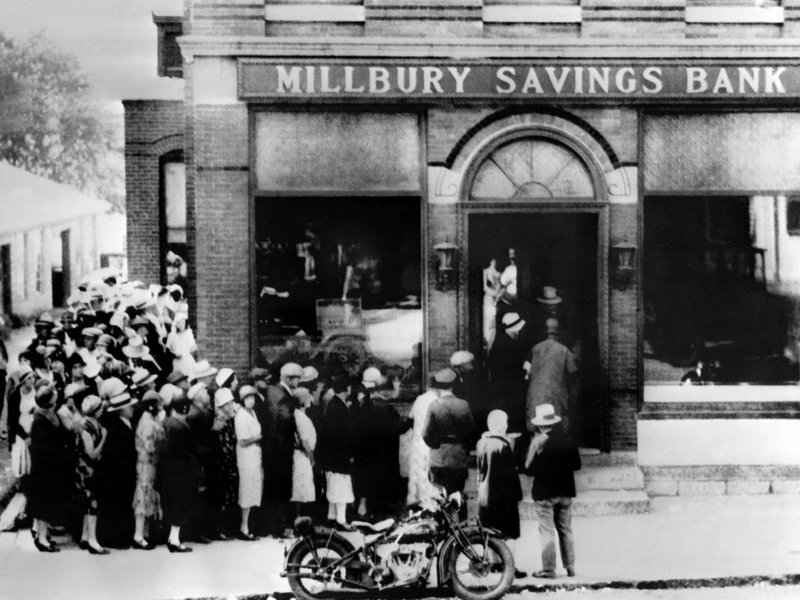 I mention all of this because even though there are many theories as to why the Great Depression occurred (yes, nobody truly knows even today!), there was a general consensus that the Federal Reserve should have cut short the process of monetary deflation and the subsequent banking collapse. There is consensus from both economists and historians that the economic downturn would have been much less severe and much shorter.

This is why we saw massive intervention by the Federal Reserve during the 2008 financial crisis and again this time around for Covid-19. 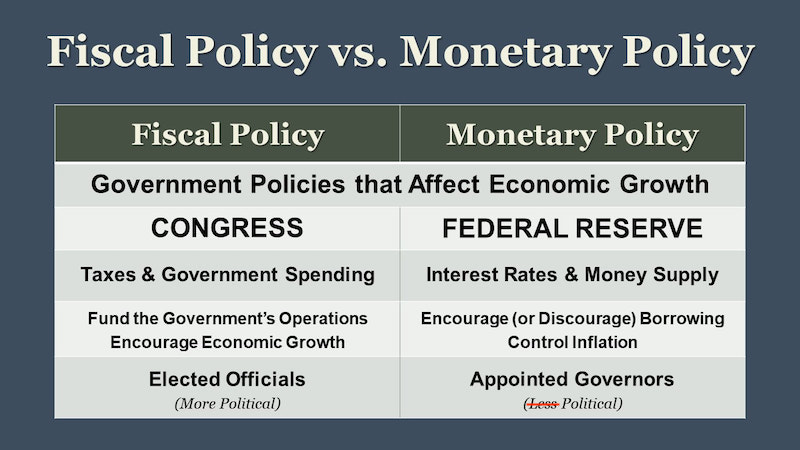 So Why Is The Stock Market Broken?

The S&P 500 index set an all-time record high on February 19th, 2020 after a month of news about the novel coronavirus. This was after the World Health Organization labeled it a “public health emergency of international concern” on January 30th. 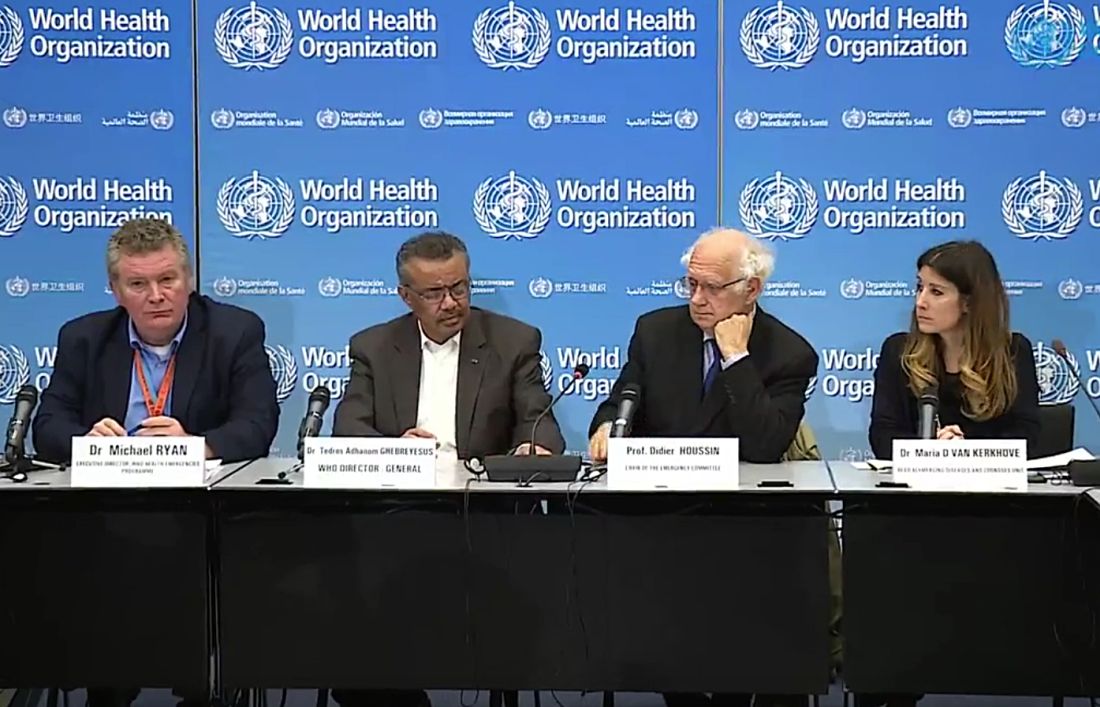 Many of us sat there and wondered why investors weren’t taking any notice.

From that high, the S&P 500 fell 34% to a low on March 23rd, 2020. At that time, I thought that finally the market was starting to react in the correct manner, especially as we were now on the march towards 33.3 million jobless Americans mainly due to unprecedented stay-at-home orders.

But then it bounced 30% to the positive by April 30th even as we were counting 3 million covid-19 cases worldwide and over 200,000 deaths! 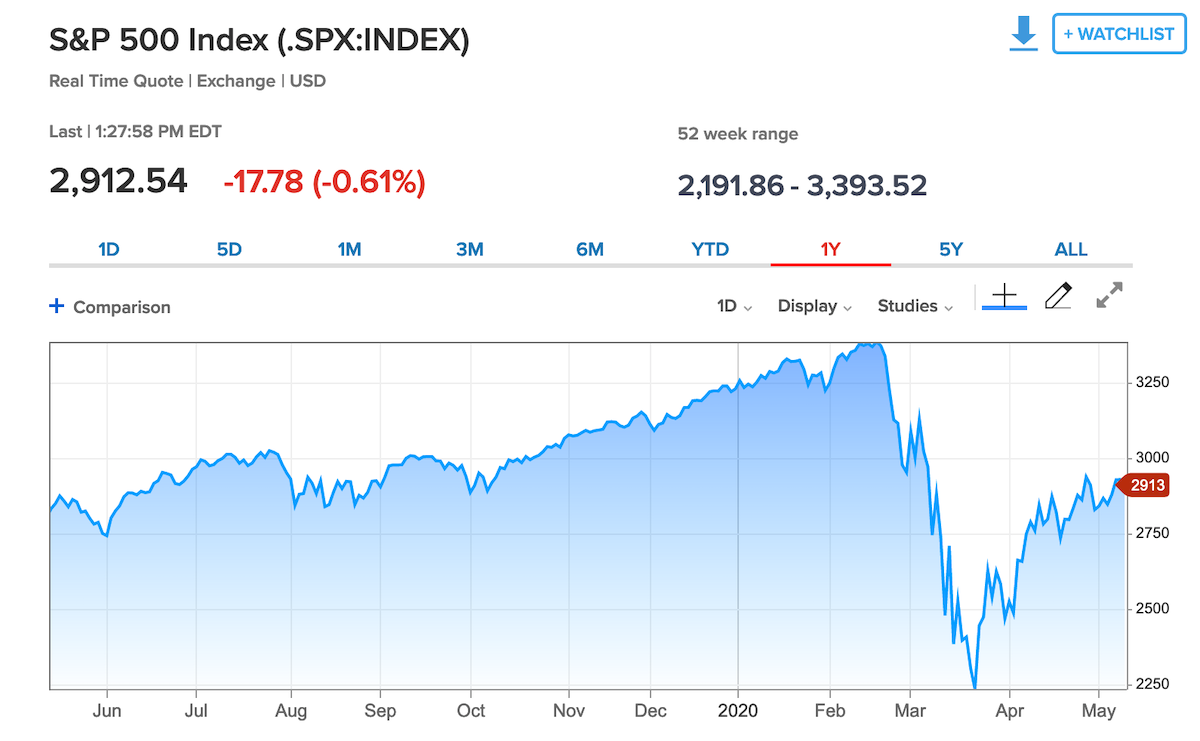 How can that be?

We all have to remember that both investor sentiment AND fundamental information about individual companies and the economy influence stock market prices.

And I think I can safely say that the Covid-19 pandemic presents a great example of how investor sentiment and the difficulty of predicting the severity of the coming economic disruption has intensified market volatility.

Because we’ve never seen such a pandemic-driven worldwide shutdown of commerce. Nor have we ever seen such widespread use of social distancing in today’s interconnected global market economy and supply-chains.

We’ve also established from past market corrections that both individual and institutional investors who try to time the market invariably do the wrong thing. They buy at market tops when optimism reigns, and the sell at market bottoms when pessimism is rampant.

I fully expect we will see the erratic volatility ahead because if we can’t work out what caused the Great Depression 90 years after the fact, we aren’t going to be able to predict the outcome of this unprecedented pandemic in real-time!

Investor behavior will be driven by the awful mainstream financial media and Trump’s Twitter account versus individual company, industry and economic fundamentals (33.3 million jobless anyone?!). Especially when the Federal Reserve Chairman, Jerome Powell, claims the Fed will continue to use their powers “forcefully, proactively, and aggressively until we are confident that we are solidly on the road to recovery.” 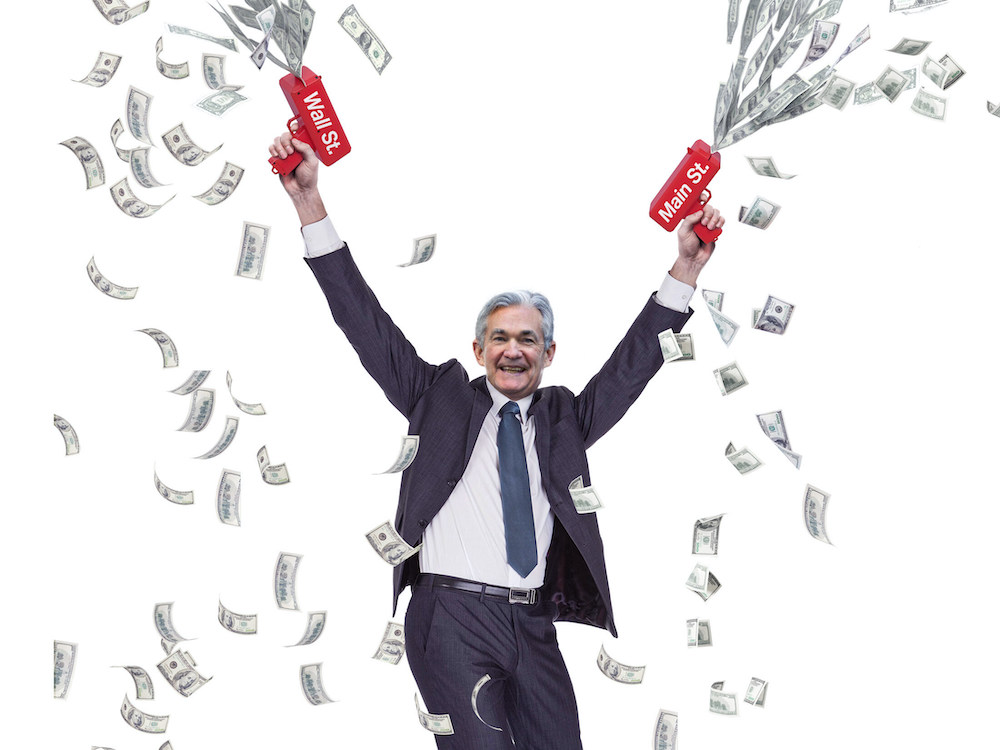 Well I've got news for you Mr. Powell. You cannot borrow or print your way to recovery!

Else Venezuela, Zimbabwe, and South Sudan would be more prosperous than most western countries today.

You also don’t need a degree in finance and economics to understand that printing trillions of dollars/pounds/euros will hurt the long-term value of currencies.

Here's What You Should Do To Prepare

This is why I continually advocate that you own real assets.

Real assets include well-positioned multifamily apartment buildings (that means low debt and healthy cash reserves in locations with solid population growth, low crime rates, good schools, and plenty of local jobs across a diversified set of industries) to ride through this blip (yes, rent collections in May are still well above 90% even with 33.3 million unemployed). 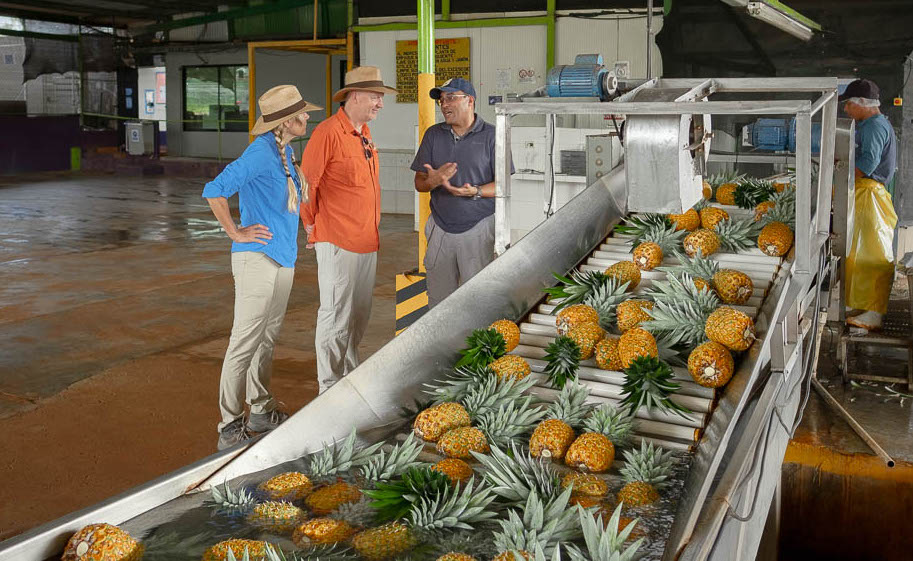 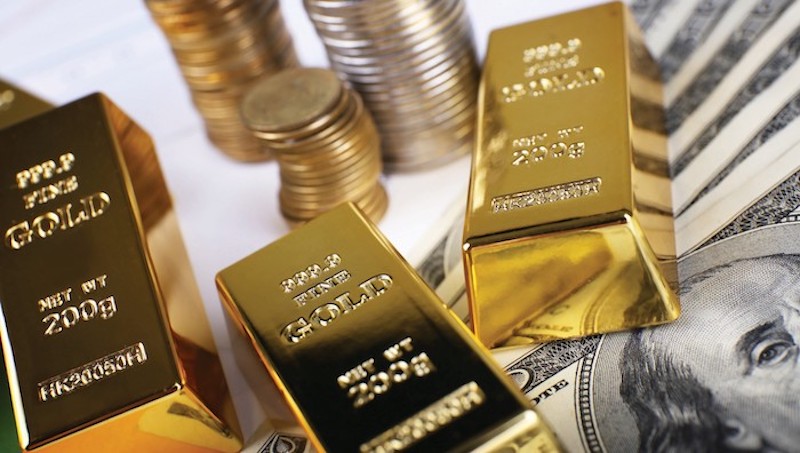 And physical gold and silver that might just buttress you from rampant inflation.

Only fools attempt to predict the future but being well positioned with real assets during this period can’t hurt.

If you’ve got healthy cash reserves and/or solid IRA assets but don’t know how to do any of the above, then please get in touch. I’m here to help.

To your wealth-building success,